Berlin is at the same time east and west, old and new, beautiful and ugly, trendy and budget – definitely interesting and for all tastes! Visit at least one of its many museums; get to know the most popular quarters (Kreuzberg, Neukölln and Friedrichshain); chill out in a park; discover the new and the old, the east and the west; and last but not least, fall in love with this capital! Even if for many people, it’s not love at first sight, after one or more days, you’re guaranteed to fall under its spell.

Here you will find the essential attractions to help you grasp Berlin’s contradictory soul.

This is the main hub of transportation that goes pretty much anywhere with many S Bahn’s trains, U Bahn’s and Regional Trains to go far out. Also places to pick up food and items that you may need on your route.

Definitely one of Berlin’s iconic symbols, the former city gate survived many important events in German and world history, including being isolated for a long time by the Berlin Wall. Today, the gate hosts many kinds of cultural events and is visited everyday by thousands of tourists. 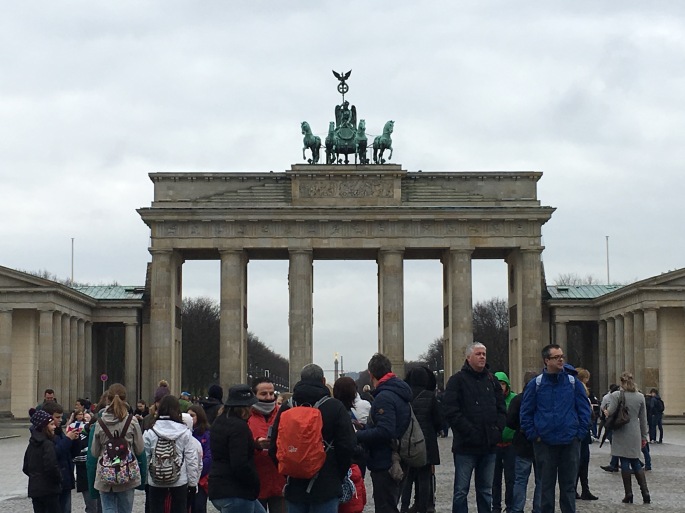 Here it is, the German Parliament – only a short distance from Brandenburg gate and Tiergarten, the government headquarters is where lots of important decisions are made. The Reichstag Building itself is also famous for its glass dome – designed by British architect Norman Foster, it’s one of the symbols of Berlin as the new German capital.

The memorial of the wall is something you should visit if you want to learn about an important part of the history of Germany. The Berlin Wall was a barrier that divided Berlin from 1961 to 1989. Constructed by the German Democratic Republic (GDR, East Germany), starting on 13 August 1961, the Wall completely cut off (by land) West Berlin from surrounding East Germany and from East Berlin until government officials opened it in November 1989.

Berliners were allowed to cross the wall at specific checkpoints only, and Checkpoint Charlie is the most famous one of these. Nearby, you’ll also find the Wall Museum, which tells the story of both the wall and the checkpoints.

6.) The Holocaust Memorial – Memorial to the Murdered Jews of Europe

The Memorial to the murdered Jews of Europe was finished in 2005, and since then both it and the museum underneath it have become must-sees whilst in Berlin. What makes this holocaust museum so impressive is that the exhibition not only focuses on the big picture of six million murdered people, but also manages to show that every single one of these six million was an individual person with a story behind him or her – you can read the stories of individual families and find out what happened to every single member, including the stories of their lives in the cases where they survived. One room displays notes found along the train tracks leading into the extermination camps, which people on the trains threw out – a very powerful experience!

The fact you can go in the bunker below where many german civilians went during the 2nd world war and also also to see some ancient wwii artifacts of weapons used makes this tour fantastic. Also you are able to see the flak tower across the street when the tour is done. 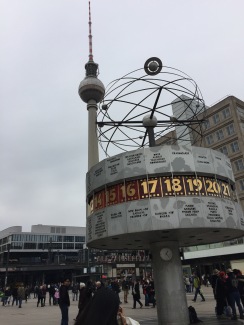 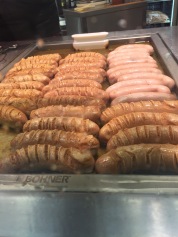 10.) Mustafas Gemüse Kebap-Emerging from the U-Bahn station on the west side of Mehringdamm in Berlin Kreuzberg, you’d be forgiven for thinking that it was the first day of the sales or that a famous celebrity is signing autographs but the long line of people you see are queuing for a Döner at Mustafas Gemüse Kebab. Mustafa’s has been a cult favourite since it started selling a twist on the traditional kebab made with chicken and roasted vegetables.

With so much hype surrounding a kebab shop it would be easy to write Mustafas Gemüse Kebap- off as a Berlin tourist trap but the truth is that the Döner here is something special – and they do say the best things in life are worth waiting for.

11.) Eschenbräu- Experience Berlin like a local. You like to discover new beer flavours, local breweries and get lost in the city you just landed in? Very well, the Eschenbräu brewery is made for you. It’s located in Wedding, in the bermuda triangle formed by U-Wedding, U-Amrumer Straße and U-Leopoldplatz. Even with the address you will need some time to find the place, but it’s worth fighting for.

In the Eschenbräu brewery there’s a different beer for every season and is well worth visiting for home-brewed beers and flammekuchen pies. 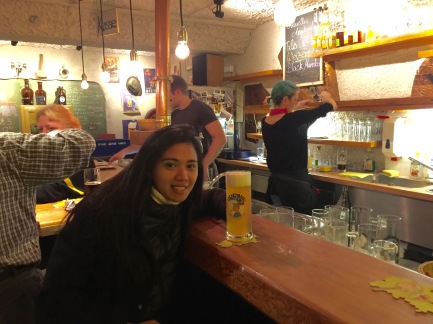 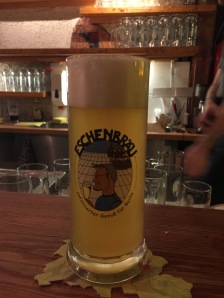 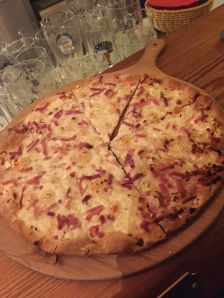